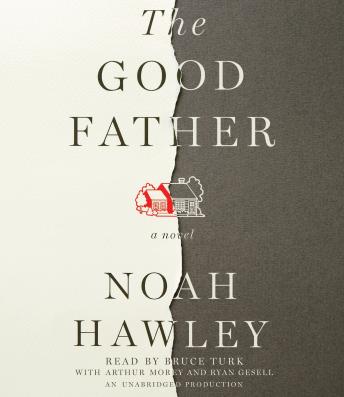 From the award-winning creator of the TV show Fargo and author of the bestseller Before the Fall, an intense, psychological novel about one doctor's suspense-filled quest to unlock the mind of a suspected political assassin: his twenty-year old son.

As the Chief of Rheumatology at Columbia Presbyterian, Dr. Paul Allen's specialty is diagnosing patients with conflicting symptoms, patients other doctors have given up on. He lives a contented life in Westport with his second wife and their twin sons—hard won after a failed marriage earlier in his career that produced a son named Daniel. In the harrowing opening scene of this provocative and affecting novel, Dr. Allen is home with his family when a televised news report announces that the Democratic candidate for president has been shot at a rally, and Daniel is caught on video as the assassin.

Daniel Allen has always been a good kid—a decent student, popular—but, as a child of divorce, used to shuttling back and forth between parents, he is also something of a drifter. Which may be why, at the age of nineteen, he quietly drops out of Vassar and begins an aimless journey across the United States, during which he sheds his former skin and eventually even changes his name to Carter Allen Cash.

Told alternately from the point of view of the guilt-ridden, determined father and his meandering, ruminative son, The Good Father is a powerfully emotional page-turner that keeps one guessing until the very end. This is an absorbing and honest novel about the responsibilities—and limitations—of being a parent and our capacity to provide our children with unconditional love in the face of an unthinkable situation.