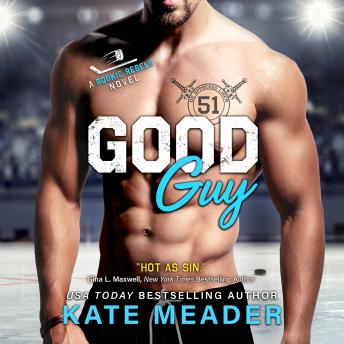 Fans can't get enough of Levi Hunt, the Special Forces veteran who put his NHL career on hold to serve his country and fight the bad guys. So when his new Chicago Rebels bosses tell him to cooperate with the press on a profile, he's ready to do his duty-until he finds out who he has to work with: flame-haired, freckle-splashed, impossibly perky Jordan Cooke...the woman he should not have kissed the night she buried her husband, Levi's best friend in the service. Hockey-stick-up-his-butt-serious Levi Hunt might despise Jordan for reasons she can't fathom-okay, it's to do with kissing-but her future in the cutthroat world of sports reporting hangs on delivering the goods on the league's hottest, grumpiest rookie. So what if he's not interested in having his life plated up for public consumption? Too bad. Jordan will have to play dirty to get her scoop and even dirtier to get her man. But if she wins the story, she might just lose her heart...

This title is due for release on November 11, 2019
We'll send you an email as soon as it is available!