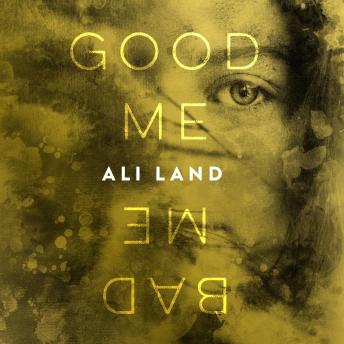 Good Me Bad Me: A Novel

AN INTERNATIONAL BESTSELLER
HOW FAR DOES THE APPLE REALLY FALL FROM THE TREE?

'A deliberate pace and a skillfully woven plot conspire to create a visceral read that's at once a gripping psychological thriller and a devastating exploration of the damage wrought by childhood trauma.' - Publishers Weekly, Starred Review
Good Me Bad Me is a dark, compelling, voice-driven psychological suspense audiobook by debut author Ali Land: 'Could not be more unputdownable if it was slathered with superglue.' -Sunday Express

Milly's mother is a serial killer. Though Milly loves her mother, the only way to make her stop is to turn her in to the police. Milly is given a fresh start: a new identity, a home with an affluent foster family, and a spot at an exclusive private school.
But Milly has secrets, and life at her new home becomes complicated. As her mother's trial looms, with Milly as the star witness, Milly starts to wonder how much of her is nature, how much of her is nurture, and whether she is doomed to turn out like her mother after all.
When tensions rise and Milly feels trapped by her shiny new life, she has to decide: Will she be good? Or is she bad? She is, after all, her mother's daughter.

Good Me Bad Me: A Novel