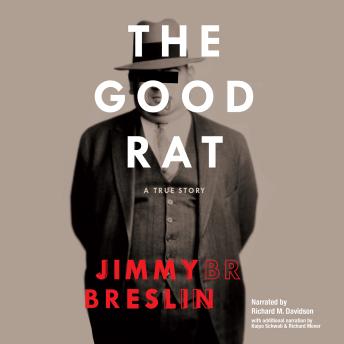 The Good Rat: A True Story

Jimmy Breslin can sniff out a story like he can sniff out a rat. Here, he tells a lifetime of anecdotes in his inimitable New York voice, giving us a view through the keyhole of the people and places that define the Mafia—characters like Sammy the Bull, the original snitch, and Gaspipe Casso, named for his weapon of choice; and hangouts like Pep McGuire’s, the legendary watering hole where reporters and gangsters (all hailing from the same working class neighborhoods) rubbed elbows and traded stories. But best of all, Breslin captures the moments in which the Mafia was made and broken—Breslin was there the night John Gotti celebrated his acquittal, having bribed his way to innocence. In The Good Rat, Breslin brings together the most recent, most memorable, and the long forgotten stories to create a sharp-eyed portrait of the mob as it lived and breathed; as it sounded and survived.