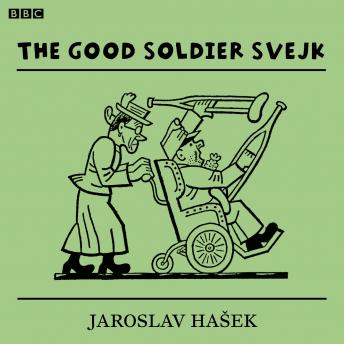 A BBC Radio 4 full-cast dramatisation by Christopher Reason of the satirical Czech novel by Jaroslav Hasek. This tale charts the exploits during the First World War of 'European Forrest Gump', Svejk, in his progress through the ranks of the Austro-Hungarian army. Good-natured and garrulous, Svejk becomes the Austrian army's most loyal Czech soldier when he is called up on the outbreak of the First World War - although his bumbling attempts to get to the front serve only to prevent him from reaching it. This story of a 'little man' caught in a vast bureaucratic machine combines dazzling wordplay and piercing satire to create a hilariously subversive depiction of the futility of war. Starring Sam Kelly as Svejk and Adrian Lukis as Lukas. Directed by Gary Brown.