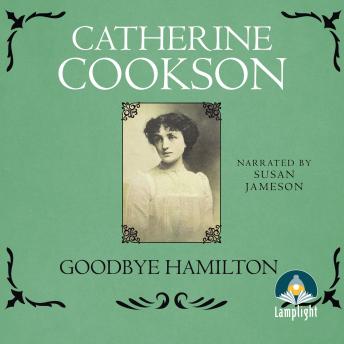 It seemed the clouds that had darkened so much of Maisie's early life had finally cleared away. Freed at last from a disastrous marriage, she had also become a bestselling author with her very first book - all about Hamilton, the remarkable horse her imagination conjured for solace through the long years of an unhappy marriage. Hamilton proved to be a real guide, philosopher and friend over many years. Now she was to be married again, and Hamilton marked the occasion by taking a wife himself - a mare called Begonia. Living in London with her new husband, Nardy, her life seemed perfect. But Maisie was destined never to have long-lasting happiness as the bitter hatred of someone in her past would lead to further heartache...

Dame Catherine Cookson, became the United Kingdom's most widely read novelist, with sales topping 100 million. Her books were inspired by her deprived youth in South Tyneside, North East England, the setting for her novels.