Goodness Doesn't Just Happen: A 'This I Believe' Essay 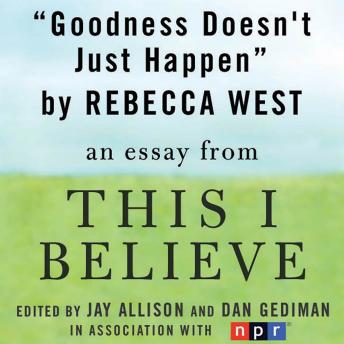 Critic, journalist, novelist, and feminist Rebecca West describes her discovery that human nature does not naturally support liberty in 'Goodness Doesn’t Just Happen', her contribution to NPR’s This I Believe series.

Goodness Doesn't Just Happen: A 'This I Believe' Essay