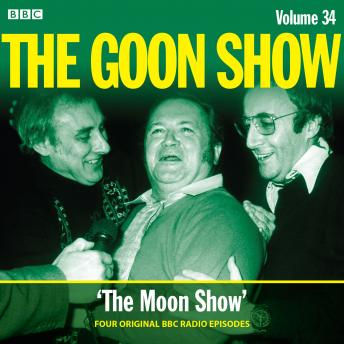 Goon but not forgotten! The Goons’ surreal clowning delighted radio audiences between 1951 and 1960. Inventive and hugely influential, they paved the way for a new type of comedy and their legacy lives on today. Here’s a chance to enjoy them once more at their brilliant best.

In these four episodes, written by Spike Milligan and Larry Stephens, prison governor Seagoon relocates his inmates to the south of France, and Neddie becomes president of Yakabakoo and tries to quell a revolution. Plus, the Sheriff of Nottingham is out to capture Robin Hood, and in search of romance, Neddie Seagoon cries for the moon.

Please note: due to the age of the source material, the sound quality may vary.