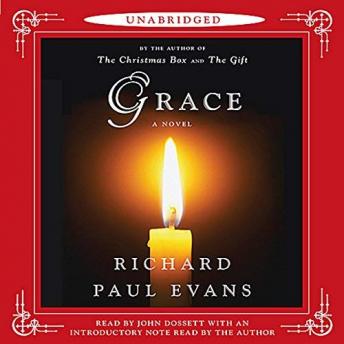 Originally titled Grace, this award-winning novel gets a brand-new look in this beautiful repackage.

From the #1 New York Times bestselling author of The Christmas Box and The Mistletoe Promise comes a novel filled with hope and redemption about two teens who turn to each other to find trust and love.

If only I could stay with you forever. I would.

Eric is having a hard time adjusting to his family’s move from California to Utah. Then he meets Grace—his classmate and a runaway—dumpster diving behind the burger joint where he works. Eric decides the only thing to do is to hide Grace in the clubhouse in his backyard.

With the adults concerned about the looming Cuban Missile Crisis and his father recovering from an immune disorder, Eric grows closer to Grace but can their new relationship survive the harsh realities of life?

In this poignant, sensitive, and realistic narrative, Richard Paul Evans shares Grace’s heartbreaking predicament and Eric’s realization that everything is not as simple as it might appear.