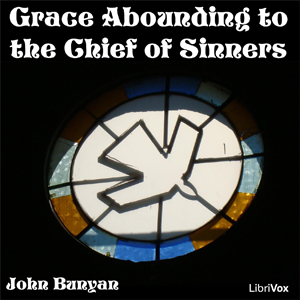 Grace Abounding to the Chief of Sinners

Grace Abounding is the spiritual autobiography of John Bunyan, who also penned Pilgrim’s Progress, perhaps one of the most significant pieces of Christian literature, second only to the Bible. Grace Abounding follows Bunyan’s struggle to find true repentance and forgiveness, his battle with Satan’s temptations of unbelief, his comfort found in the Bible and his overarching victory gotten by the grace of God through Jesus Christ his Son. Readers familiar with Pilgrim’s Progress will recognize that many of the allegorical points in his famous work came out of Bunyan’s own struggles and discoveries, and it has been said that Bunyan could not have written Pilgrim’s Progress without first going through the battles chronicled in Grace Abounding. (Summary by Stephen Escalera)

Grace Abounding to the Chief of Sinners