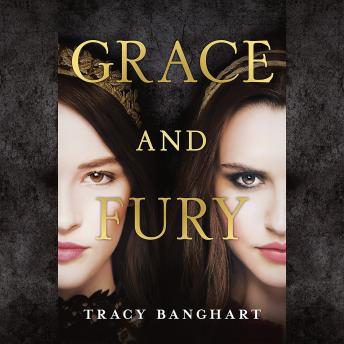 #1 of Grace and Fury

Bold, brutal, and beautiful -- a must-read fantasy full of fierce sisterhood, action, and political intrigue for fans of The Selection series, Caraval, and The Handmaid's Tale.

Serina Tessaro has been groomed her whole life to become a Grace -- someone to stand by the heir to the throne as a shining, subjugated example of the perfect woman. It's her chance to secure a better life for her family, and to keep her headstrong and rebellious younger sister, Nomi, out of trouble. But when Nomi catches the Heir's eye instead, Serina is the one who takes the fall for the dangerous secret her sister has been hiding.

Trapped in a life she never wanted, Nomi has only one option: surrender to her role as a Grace until she can use her position to save Serina. But this is easier said than done . . . a traitor walks the halls of the palazzo, and deception lurks in every corner.

Meanwhile Serina is running out of time. Imprisoned on an island where she must fight to the death to survive, surrounded by women stronger than she is, one wrong move could cost her everything. There is no room for weakness on Mount Ruin, especially weaknesses of the heart.

Thrilling and captivating, Grace and Fury is a story of fierce sisterhood, and of survival in a world that's determined to break you.

The overall story concept was very good but the description of the characters states of emotion and thoughts was quite repetitive which slowed down the plot and character development. It gives me the impression that it is being stretched out to be multiple books. Despite that, I did really like the main plot points and it left me interested in learning what happens in the next book. The narrator had very good pacing and enunciation. There is room for growth when speaking the male parts which came across as a bit monotone and all similar to each other.