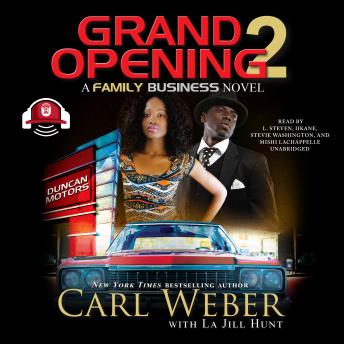 The year is 1978. The Duncan brothers and their tough-as-nails women have vanquished their rivals and taken their place as the leaders of Waycross, Georgia's criminal enterprises. However, their rise to power has not gone unnoticed, and the family is rocked when their mother, Miss Bettie, is kidnapped and her body is found in a swamp. No one knows who the killers are, but instead of drawing closer, the family is split when their grief-stricken leader, LC, is offered membership in the South's most powerful black organization, the Council. Membership has its privileges, but they do not include his brothers. LC packs up his growing family and moves to Atlanta to open his first car dealership. Unable to deal with their mother's death, Lou Duncan searches for her killers with the help of an unlikely ally-LC's ex-fiancée. Her presence may cost him his relationship with his brothers, but Lou is resigned to that fact because Donna's help is instrumental in finding Ms. Bettie's abductors. What he will soon learn is that his search for the truth will also lead him to discover a long-buried Duncan family secret.