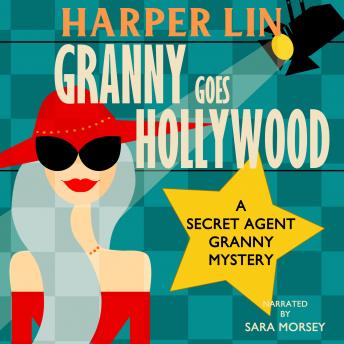 #5 of A Secret Agent Granny Mystery

When a big Hollywood film production comes to Cheerville, the town is in a tizzy over action star Cliff Armstrong. But when his stunt double is killed on set, Barbara quickly deduces it was no accident and Cliff was meant to be the target.

To hunt the killer, Barbara infiltrates the movie set first as an extra, but quickly lands a speaking role against the handsome Cliff Armstrong himself. Can she prevent Cliff from a dangerous murderer lurking on set, prevent the town from blowing into smithereens, and star in Hollywood next blockbuster without blowing her cover?

This title is due for release on October 28, 2019
We'll send you an email as soon as it is available!