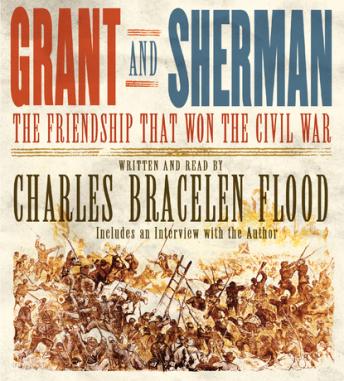 Grant and Sherman: The Friendship That Won the Civil War

'We were as brothers,' William Tecumseh Sherman said, describing his relationship with Ulysses S. Grant. They were incontestably two of the most important figures in the Civil War, but until now there has been no book about their victorious partnership and the deep friendship that made it possible.

Heeding the call to save the Union, each struggled past political hurdles to join the war effort. Taking each other's measure at the Battle of Shiloh, they began their unique collaboration. Often together under fire on the war's great battlefields, they shared the demands of family life, the heartache of loss, and supported each other in the face of mudslinging by the press and politicians. Their growing mutual admiration and trust set the stage for the crucial final year of the war and the peace that would follow.

Moving and elegantly written, Grant and Sherman is a historical page-turner: a gripping portrait of two men whose friendship, forged on the battlefield, would win the Civil War.

Grant and Sherman: The Friendship That Won the Civil War