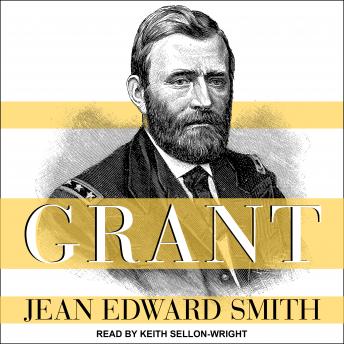 Ulysses S. Grant was the first four-star general in the history of the United States Army and the only president between Andrew Jackson and Woodrow Wilson to serve eight consecutive years in the White House. As general in chief, Grant revolutionized modern warfare. Rather than capture enemy territory or march on Southern cities, he concentrated on engaging and defeating the Confederate armies in the field, and he pursued that strategy relentlessly. As president, he brought stability to the country after years of war and upheaval. He tried to carry out the policies of Abraham Lincoln, the man he admired above all others, and to a considerable degree he succeeded. Yet today, Grant is remembered as a brilliant general but a failed president.

In this comprehensive biography, Jean Edward Smith reconciles these conflicting assessments of Grant's life, arguing that Grant is greatly underrated as a president. Following the turmoil of Andrew Johnson's administration, Grant guided the nation through the post-Civil War era, overseeing Reconstruction of the South and enforcing the freedoms of new African-American citizens. His presidential accomplishments were as considerable as his military victories, says Smith, for the same strength of character that made him successful on the battlefield also characterized his years in the White House.