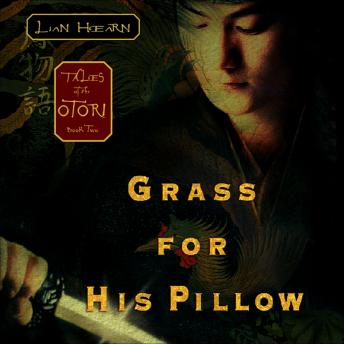 Grass for His Pillow: Tales of the Otori Book Two

A New York Times Notable Book of the YearBook II of the internationally best-selling Tales of the Otori trilogy, a sweeping saga set in a mythical, medieval Japan.In Book I of the Otori trilogy, Across the Nightingale Floor, Lian Hearn created a wholly original, fully-realized fantasy world where great powers clashed and young love dawned against a dazzling and mystical landscape. Nightingale was named a New York Times Notable Book of the Year, one of Book magazine's best novels of the year, and one of School Library Journal's Best Adult Books for High School Readers.In this second tale, we return to the story of Takeo-the young orphan taken up by the Otori Lord and now a closely held member of the Tribe-and his beloved Shirakawa Kaede, heir to the Maruyama, who must find a way to unify the domain she has inherited. In a complex social hierarchy, amid dissembling clans and fractured alliances, there is no place for passionate love. Yet Takeo and Kaede, drawing on their unusual talents and hidden strengths, find ways both to nurture their intense personal bond and to honor the best interests of their people.Like its predecessor, Grass for His Pillow is a transcendent work of storytelling-epic in scope, shimmering with imagination, and graced in equal measure with rapturous writing and exhilarating action.

Grass for His Pillow: Tales of the Otori Book Two

This title is due for release on August 11, 2003
We'll send you an email as soon as it is available!