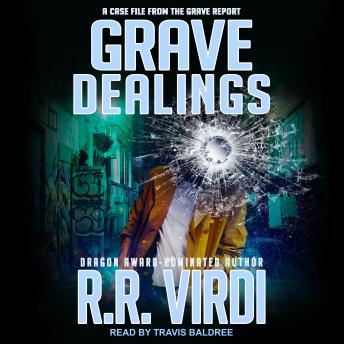 Don't make deals with the paranormal. They're better at it than you, and they never play fair.

Paranormal investigator and soul without a body, Vincent Graves, did just that-a deal made in desperation. Now it's coming back to bite him in the middle of a case.

He has fifty-seven hours to investigate a string of deaths involving people who've made some devilish bargains. Too bad devils don't deal in good faith. It'd be easy enough, if he didn't have to deal with things such as:

- Being hunted through the streets of Queens by a dark elf with a motorcycle fetish.

- Ending up the target of a supernatural hit.

- An old acquaintance dragging him to a paranormal ball where he could end up on the menu.

- And having one of his closest guarded secrets brought to light . . .

Not great for a tight clock, because if he doesn't get to the bottom of this case in time, Vincent and company might just lose their souls.