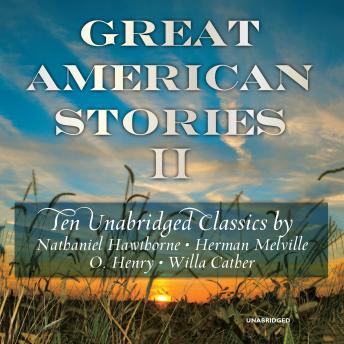 These treasured stories from the most influential authors of the nineteenth and early twentieth centuries are selected for their literary importance as well as their dramatic, oral qualities.

Nathaniel Hawthorne’s “My Kinsman, Major Molineux,” “The Minister’s Black Veil: A Parable,”  and “Endicott and the Red Cross;” narrated by David Drummond.

O. Henry’s “The Gift of the Magi,” “A Retrieved Reformation,” and “A Cosmopolite in a Café;” Narrated by Norman Dietz.