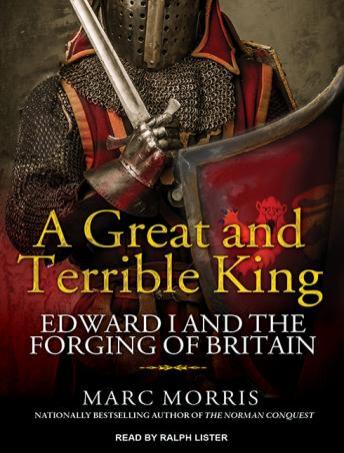 A Great and Terrible King: Edward I and the Forging of Britain

Edward I is familiar to millions as 'Longshanks,' conqueror of Scotland and nemesis of Sir William Wallace (in Braveheart). Yet this story forms only the final chapter of the king's action-packed life. Earlier, Edward had defeated and killed the famous Simon de Montfort, traveled to the Holy Land, and conquered Wales. He raised the greatest armies of the Middle Ages and summoned the largest parliaments. Notoriously, he expelled all the Jews from his kingdom.

In this book, Marc Morris examines afresh the forces that drove Edward throughout his relentless career: his character, his Christian faith, and his sense of England's destiny-a sense shaped in particular by the tales of the legendary King Arthur. He also explores the competing reasons that led Edward's opponents (including Robert Bruce) to resist him.

Great and Terrible King: Edward I and the Forging of Britain