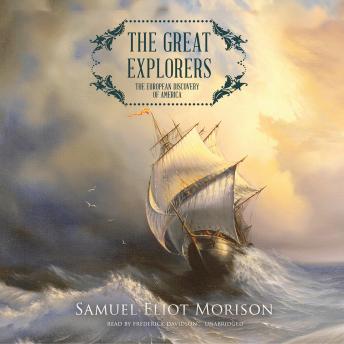 The Great Explorers: The European Discovery of America

The great voyages of discovery to the New World are here brought to life by one of the twentieth century's most eminent historians, two-time Pulitzer Prize winner Samuel Morison. A master seaman himself, Morison personally retraced the voyages of the early explorers, charting his travels in maps and photographs and comparing these to the maps and travelogues of the early sailors. The resulting two-volume The European Discovery of America was widely acclaimed both for its author's incomparable knowledge of history, cartography, and sea navigation and for the fresh immediacy of its writing.
The Great Explorers abridges this great work, following the voyages of Columbus, Magellan, Drake, and many more. Here is the fascinating story of these explorers' ventures into uncharted waters, their encounters with natives, and their joy-and surprise-at discovering new land.