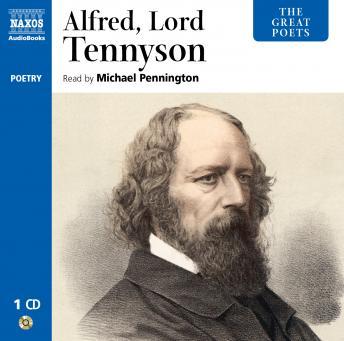 The 200th anniversary of the birth of Alfred, Lord Tennyson (1809–1892), one of the most popular of poets, is celebrated in 2009. Works such as The Charge of the Light Brigade, Crossing the Bar and Tears, idle tears have made him an internationally famous figure, and the second most quoted writer of all time (after Shakespeare). Tennyson's poetic works encompass a great range of styles, settings and personae, and are known for their emotional resonance and powerful imagery. Naxos AudioBooks's popular 'The Great Poets' series marks the anniversary with a CD bringing together all the key works, read by veteran reader Michael Pennington.