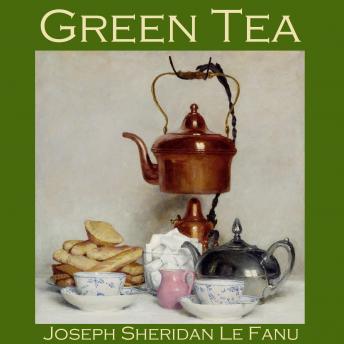 Joseph Thomas Sheridan Le Fanu (1814-1873) was an Irish writer of Gothic tales and mystery novels. He was the leading ghost-story writer of the 19th century and was central to the development of the genre in the Victorian era.

Green Tea is an iconic Gothic horror story which tells the story of a tea-drinking clergyman, haunted by a terrifying black monkey, which follows him wherever he goes, urging him to dreadful deeds and blighting his life in every way.

The case is related by the erudite Dr. Martin Hesselius, a German doctor whom the clergyman had consulted.