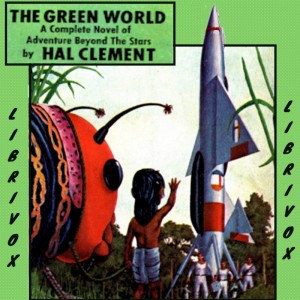 The planet was an enigma. Among the thousands of inhabitable planets that had been discovered and visited, Veridis alone seemed to defy the laws of planetary development and evolution. It was extremely young, barely 10 million years had passed since it was completely molten and yet now it was covered with life of all kinds; kinds that should have not had a chance to even begin to develop, much less reach their current stage. To investigate this anomaly among the stars, a team of experienced specialists was sent out to delve further into the mystery and if possible, solve it. Other than the obvious fields of planetology and geology, other specialties were included like paleontology and archaeology. The highly dangerous flora and fauna of the planet do not help at all. So, what is the cause? It lies deeper in the Green Planet than anyone thinks and is much more dangerous than they can ever imagine.