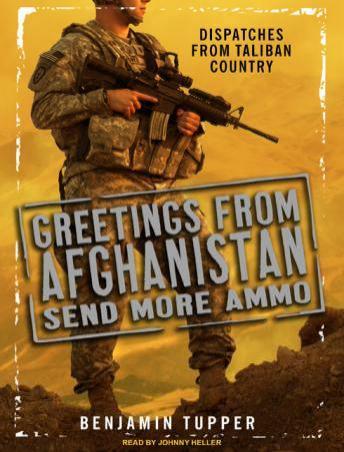 Captain Benjamin Tupper spent a year in Afghanistan in an Embedded Training Team, tasked with training, leading in combat, and mentoring the Afghan Army to victory against the brutal Taliban. Writing and recording from a remote outpost, Tupper's dispatches were posted on the blog The Sandbox and broadcast on NPR, bringing vivid snapshots of America's longest ongoing war to a wide audience back home.

Here, he takes us inside the intricacies of the war, opening up a unique and multifaceted view of both Afghan culture and the daily life of an American soldier. From the rush of gunfire to surreal, euphoric moments of cross-cultural understanding, this emotional and thought-provoking narrative is rich with humor, eloquence, and contradiction. Deeply personal and darkly funny, Tupper illuminates the challenges of the war, vividly bringing to life both the mundane and the extraordinary and seeking a way forward.