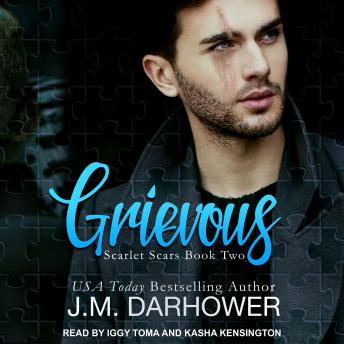 Once upon a time, there was a girl who stopped believing in fairy tales after her innocence was stolen.

Morgan Myers is tired. So damn tired. Most people either push her around or brush her off, and she's not putting up with it anymore. Determined to reclaim the life that had been stolen from her, she puts her trust in the last person she ever expected to: the notorious Scar. Morgan sees a side of him that few people seem to know-the man, not the myth. Lorenzo. And what she sees, she likes, a lot more than she thought she would.

But fairy tales aren't real, as life likes to remind her. Some dragons, you just can't slay, no matter how hard you fight them. And when hers comes back around, breathing fire, she's forced to face some unimaginable horrors. But lucky for Morgan, there's a white knight in combat boots out there that isn't afraid of monsters.

You see, it's impossible to be afraid of something you face every day in the mirror.