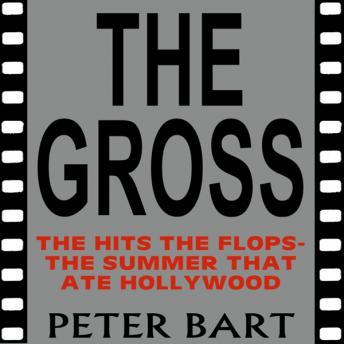 The Gross: The Hits, the Flops: The Summer That Ate Hollywood

When movies cost hundreds of millions to make and market, the magnitude of the wagers is astonishing. Vast riches rain down on those who gamble wisely, and careers are made and lost in one weekend. But never is this box office race more feverish than during the summer blockbuster season, when the studios roll out their most expensive, effects-laden pictures in a feverish race to win the box office derby.
Peter Bart, editor-in-chief of Variety, brings us a marvelously entertaining behind-the-scenes portrait of moviemaking, spotlighting the summer of 1998. He takes us through the entire cycle of would-be summer blockbusters, from script through casting and production and finally into release. Interviewing dozens of the most powerful names in Hollywood, Bart gives an in-depth account of why some succeeded and others failed.

Gross: The Hits, the Flops: The Summer That Ate Hollywood