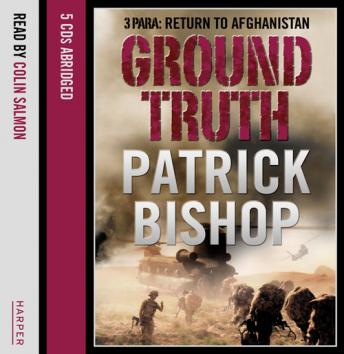 Afghanistan, 2008. After their eighteen-month epic tour of Helmand Province, the troops of 3 Para are back. This time, the weight of experience weighs heavily on their shoulders.

In April 2006 the elite 3 Para Battle Group was despatched to Helmand Province, Afghanistan, on a tour that has become a legend. All that summer the Paras were subjected to relentless Taliban attacks in one of the most gruelling campaigns fought by British troops in modern times.

Two years later the Paras are back in the pounding heat of the Afghanistan front lines. The conflict has changed. The enemy has been forced to adopt new weaponry and tactics. But how much progress are we really making in the war against the insurgents? And is there an end in sight?

In this searing account of 3 Para's return, bestselling author Patrick Bishop combines gripping, first-person accounts of front-line action with an unflinching look at the hard realities of our involvement in Afghanistan. Writing from a position of exclusive access alongside the Paras, he reveals the 'ground truth' of the mission our soldiers have been given. It's a sombre picture. But shining out from it are stories of courage, comradeship and humour, as well as a gripping account of an epic humanitarian operation through Taliban-infested country to deliver a vitally needed turbine to the Kajaki Dam.

Frank, action-packed and absorbing, 'Ground Truth' is a timely and important book that will set the agenda for discussion of the Afghan conflict for years to come.

This title is due for release on May 14, 2009
We'll send you an email as soon as it is available!