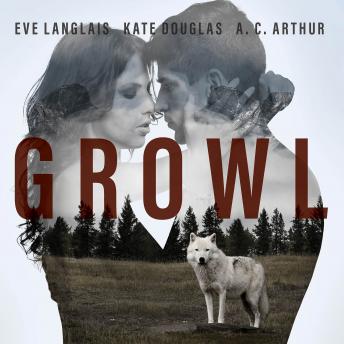 In Legal Wolf's Mate, taking on a pro bono murder case isn't a problem for a lawyer who enjoys a challenge. Discovering that his new client is his mate? A tad more complicated. Gavin has no intention of settling down, especially not with a woman accused of murder, but once he sets eyes on Megan, his fate is sealed.

In The Alpha's Woman, Kira Radney has no desire to be a subservient mate. When a member of her father's pack attempts to make her his mate by force, Kira has no choice but to flee. The last thing she wants is to submit to any male and their pack. But when her escape attempt leads her straight into the arms of an alpha wolf-a sexy, dangerous, protective alpha-Kira must fight against her need to be free and her secret desire to be controlled.

In Feral Passions, what better place for an adventurous woman to explore her wild side than a luxurious resort in Northern California's beautiful Trinity Alps? Especially when that resort is run by sexy werewolves looking for mates.Contains mature themes.