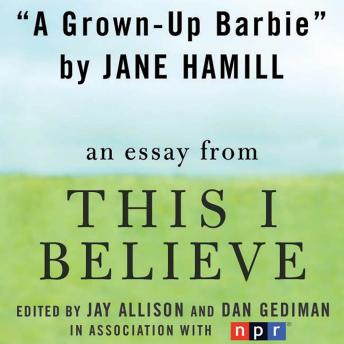 A Grown-Up Barbie: A 'This I Believe' Essay

Fashion designer Jane Hamill describes the endless possibilities of clothes and imagination in 'A Grown-Up Barbie', her contribution to NPR’s This I Believe series. This short audio essay is an excerpt from the audiobook edition of NPR's This I Believe anthology.