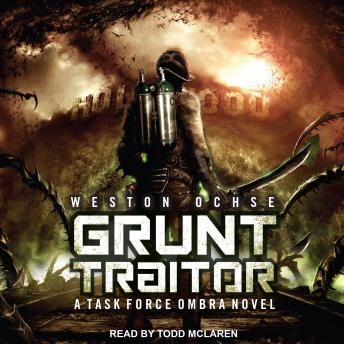 Their spies were among us for years. They mapped our infrastructure, learned our weaknesses, until, finally, they flipped the switch and threw us back into the Dark Ages.

Only OMBRA and its battalions around the world seem capable of defending Earth from the next wave of attack-terraforming. But at what price can we gain our freedom? The Crays are pushing the human race to the edge of extinction, and we will have to learn new ways of living to defeat this threat.

This is a time for heroes. For killers. For Grunts.

Benjamin Carter Mason will question his identity, his beliefs, and his mission as he dives deep into the heart of an alien-transformed Los Angeles. And in the end, he might be the last person on Earth defending not just our lives, but our humanity.