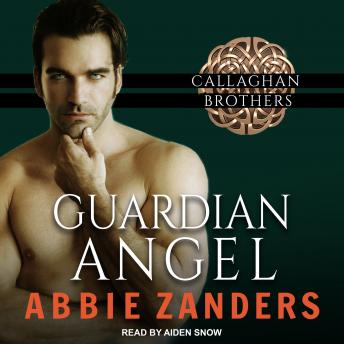 They call him the Iceman. The eldest of seven brothers, he is the biggest. The coldest. The meanest.

No one has been able to break through the icy shield Kane Callaghan has built around himself. No one except the tiny, stubborn woman willing to sacrifice herself for him. She haunts his dreams, but he has no idea who she is. Where she is. Or if he'll ever see her again.

Rebecca Harrison spent the last twelve years with humanitarian relief organizations, travelling to some of the hardest hit areas of the world, but none has ever affected her as much as that tiny village in Africa. Because of him.

Fierce and beautiful and terrible, she can't get him out of her mind. Kane. The avenging archangel who appeared out of nowhere, saving her from a fate worse than death. The one she was forced to leave behind.

Worlds apart, they are bound by the events of that one horrible night, though the chances of ever meeting again are too small to dare even hope. Of course, neither one realizes just how clever Fate can be . . .