The Guardian of the Dead 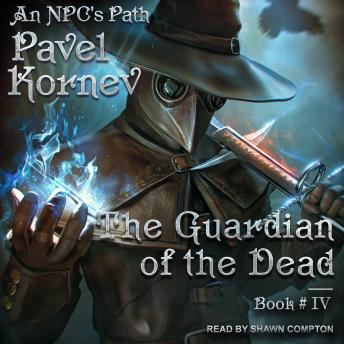 Dying in virtual reality isn't fun, but facing bullets from real-world criminal overlords is really the pits. In such a desperate scenario, their demand to render them a service in VR doesn't sound like such a bad alternative. The problem is, the games played by spook agencies follow much harsher rules. For them, the absence of choice doesn't sound like a good excuse-not if you end up in the grindstones of their undercover schemes.

Still, it's not as if I ever had a choice. That's why the price tag for my freedom didn't sound too excessive. All I had to do was log in, become a necromancer, shake the malefic hunters off my tail, pass the elimination test and locate one particular person. Which one? Why? And how was I supposed to do it?

Wrong questions. Instead, I had only to ask one: why me? Why John Doe?

Guardian of the Dead