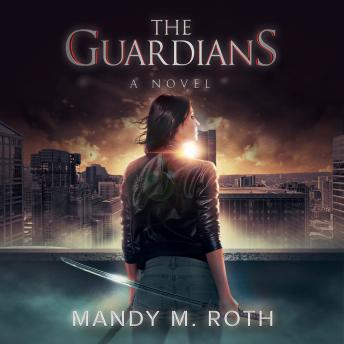 Butt-kicking Guardian, Madelyn Mason, is the only female in a sea of supernatural males. College student by day, she spends her nights fighting for mankind--the innocents, the ones who have no clue that the things of nightmares walk among the living.


Larger than life Hollywood hunk, Brady Devens, has won the hearts of millions of adoring fans. But, the only heart he wants to win is that of his mate, Madelyn. She hasn't shown an interest in him as anything more than a friend, and he’s beginning to think the Powers That Be goofed.


In this world of magik, mishap, demons, gods, and pleasure nymphs, anything is possible. Can they find a love that transcends time and space or will the Powers That Be decide maybe they weren’t destined for one another after all?

This title is due for release on July 28, 2014
We'll send you an email as soon as it is available!