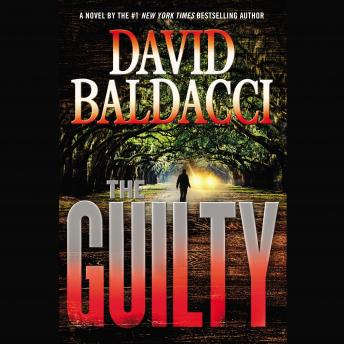 #5 of Will Robie series

Will Robie escaped his small Gulf Coast hometown of Cantrell, Mississippi after high school, severing all personal ties, and never looked back. Not once. Not until the unimaginable occurs. His father, Dan Robie, has been arrested and charged with murder.

Father and son haven't spoken or seen each other since the day Robie left town. In that time, Dan Robie-a local attorney and pillar of the community-has been elected town judge. Despite this, most of Cantrell is aligned against Dan. His guilt is assumed.

To make matters worse, Dan has refused to do anything to defend himself. When Robie tries to help, his father responds only with anger and defiance. Could Dan really be guilty?

With the equally formidable Jessica Reel at his side, Robie ignores his father's wishes and begins his own desperate investigation into the case. But Robie is now a stranger to his hometown, an outsider, a man who has forsaken his past and his family. His attempts to save his father are met with distrust and skepticism . . . and violence.

Unlike the missions Robie undertook in the service of his country, where his target was clearly defined, digging into his father's case only reveals more questions. Robie is drawn into the hidden underside of Cantrell, where he must face the unexpected and possibly deadly consequences of the long-ago choices made by father and son. And this time, there may be no escape for either of them.

Loved this book, the narriation was excellent, I absoutedly reccomend this book. It was so easy to listen, loved the final twist.

One of his best

Loved this book. Keeps your attention. Lots of twists and turns. Narrators were very good.

I really loved this book! The plot is great all the way through, and I really enjoyed the narration! Well done!!

Loved the book but not a fan of the narrator particularly his voice for Will.

Listening to the narration of this very well written suspenseful book was like watching a movie. I enjoyed every moment of it. Well done!

It was an enjoyable book and kept my interest but a little bit of a stretch regarding the villain. It didn't come up to the Camel Club, my measuring stick for David Baldacci.

Engaging from start to finish. The narrator hit the characters spot on. A very good read.

I like the hell out of this book, personally, I think everyone should listen to this book or at least read it. Check out the rest of books in this series like: The Innocent & The Target, it's great!

Really enjoyed it. Can't wait for another in the series

I'm really into Baldacci books now, finishing both the Robie and Puller series. I'm like Katie in that I really get into the characters and have trouble leaving them behind. This book had several plots that kept it moving, rather than the usual drawn out single plot. It kept my interest throughout.

Excellent! David Baldacci brought me into the story, so that I would leave reality and exist in Will Robie's world right along with him. This is the type of well written book I love to read or listen to. The reader is not treated like an idiot, and we are allowed to exist in the story. In other words, David Baldacci did not sit me down and tell a story including unnecessary details (I.e., from my last book, "She called room service and ordered two coffees, two cups, two saucers, and two creams and sugars." ... Really?!?!); Baldacci painted scenes and people and took me along with him as the story was happening. Do not miss this one! The Narrators could not have done a better job. It is a luxury to have two narrators, I think. And they both did their parts phenomenally. I always knew who was talking without having to put up with the constant "he said she said , so and so said. Thank you for a great audio book!

This was a great story and kept me guessing the entire book. Even then, the ending was a surprise and very nicely done. The narration was very good and I especially liked the female narrator. Great listening

Love the Robie series. The narrator was pretty good as well.

Loved the characters and plot. I really enjoyed the book and the ending was a surprise.

Entertaining, but predictable. If you enjoy books where the good guy always wins, this book is for you. Narrator is mediocre.

Entertaining but predictable. Narrator ok as Will Robie, but struggled with other characters. Good "chewing gum" for the mind.

Best Baldacci yet! Great characters and even better plot.

Great listening to the book. I didn't expect the ending.