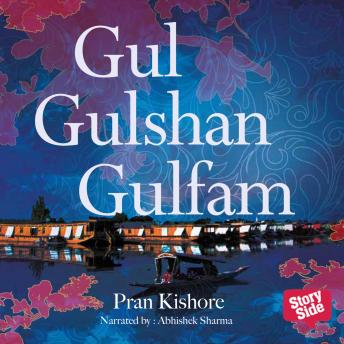 It's the nineties, and Kashmir is in turmoil. The tourism industry has taken a big hit, and the youth are disillusioned, with no jobs or hopes for the future. In this climate, Malla Khaliq waits day after day for guests to arrive at his three beloved houseboats – Gul, Gulshan and Gulfam – on the Dal Lake, and struggles to keep his three sons together. While Noor Mohammed loves his father, and tries to keep the faith, despite evidence that business is on the decline, Ghulam Ahmed and Ghulam Qadir have plans that might place them in the path of danger. Meanwhile, as Khaliq prepares for his much-pampered daughter Parveen's wedding, the sudden arrival of a mysterious American girl sets in motion events that threaten to disturb the precarious equilibrium of his household. Gul Gulfam Gulshan paints a portrait of a Kashmir in transition, and of a man who is trying to salvage the memories and values of his youth. Once a popular television series, this novelization vividly recreates the streets of Srinagar and the once-living economy of the Dal lake. This is a deeply affecting story about relationships, migration, ambitions and dreams of preserving one's homeland.