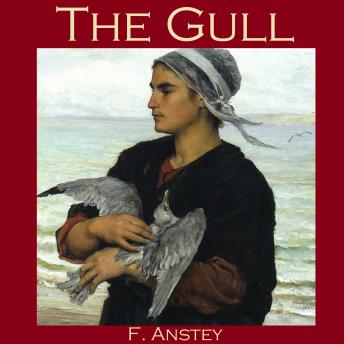 Thomas Anstey Guthrie (1856-1934) was an English novelist and journalist who wrote his comic novels under the pseudonym F. Anstey.

"The Gull" is a strange tale about a man whose sweetheart, on setting sail for Guernsey one evening, romantically promises him that if she should die, she will return to him as a white dove.

Next morning he awakes to find a large grey gull has flown into his bedroom overnight. When news comes in that his darling's ship has struck rocks and sunk, he suddenly realises that the gull must be the spirit of his drowned lover. He takes the gull with him to London and dotes on her, as her status deserves.

But things become complicated when he meets another young lady...and the relationship with the gull seems less fulfilling than he had hoped....