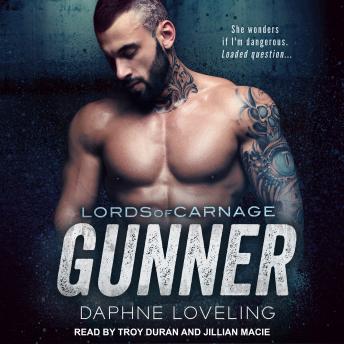 I live by the cut. It's a brotherhood. Sex, crime, and power.

But when I see that sexy little number in over her head at the biker bar, I want to pummel the son of a bitch who threatens her. Taking Alix back to my club for protection is all I can do. Hell, I want to do so much more.

But she needs my help anyway. She knows I'm her only hope to find her sister before the clock runs out.

After that, Alix is mine.

Whether she knows it or not.

I'll do anything to fight for my sister. Crime and power took her away from me, And I'll battle anyone who tries to stop me from getting her back.

Everything about his rugged exterior screams danger, and I've been in threatening situations before. But there's something terrifying about Gunner. Terrifying, and irresistible.

I want to trust him when he says he's just trying to help me. I know better. Men like him will say anything to get what they want. Even though I want it just as bad.