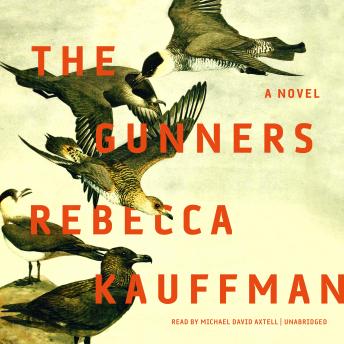 The Gunners: A Novel

Following on her wonderfully received first novel, Another Place You've Never Been, called "mesmerizing," "powerful," and "gorgeous," by critics all over the country, Rebecca Kauffman returns with Mikey Callahan, a thirty-year-old who is suffering from the clouded vision of macular degeneration. He struggles to establish human connections?even his emotional life is a blur.As the novel begins, he is reconnecting with "The Gunners," his group of childhood friends, after one of their members has committed suicide. Sally had distanced herself from all of them before ending her life, and she died harboring secrets about the group and its individuals. Mikey especially needs to confront dark secrets about his own past and his father. How much of this darkness accounts for the emotional stupor Mikey is suffering from as he reaches his maturity? And can The Gunners, prompted by Sally's death, find their way to a new day? The core of this adventure, made by Mikey, Alice, Lynn, Jimmy, and Sam, becomes a search for the core of truth, friendship, and forgiveness.A quietly startling, beautiful book, The Gunners engages us with vividly unforgettable characters, and advances Rebecca Kauffman's place as one of the most important young writers of her generation.