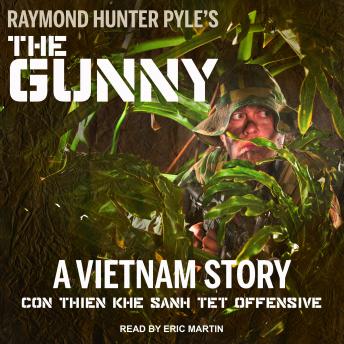 The Gunny: A Vietnam Story

Regardless of his background or who might be helping him along, no man becomes a Marine until he has successfully completed Marine Corps Recruit Training. Then, if he makes it, life doesn't get easier-he gets tougher. He may get to do the toughest job around: combat infantry. And in 1966, he will almost certainly end up in Vietnam. Frank Evans is a Navy sailor willing to do whatever is necessary to become a Marine. He's tough enough-and he has a General interested in his success. But success is measured in many ways. Frank finds out combat and the Marine Corps' definition of success change a man. Some of the changes are a matter of pride. Others-well, you learn to live with them.