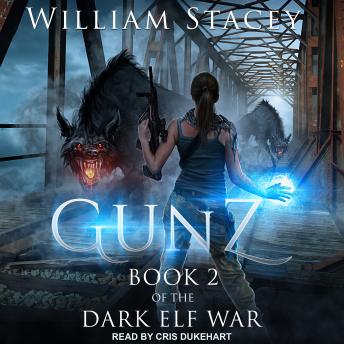 Magic has returned to Earth. A year ago, the dark elves breached the interstellar veil between our world and theirs. They slaughtered scores of innocents in the first battle of a war between magic and technology.

In the year since, Elizabeth Chambers has trained alongside Cassie 'Starlight' Rogan in the Special Forces unit known as Task Force Devil. Their mission: to monitor the interstellar portal where the dark elves forced their way into our world.

Elizabeth, like Cassie, is one of only two 'magic-sensitive' people on the planet who can control the powers of magic flowing back into our world. Unlike Cassie's healing magic, Elizabeth's magic is lethal, and she resists her deadly gifts. Soon, she will have no choice but to use them, because in a single night of fire and death, the dark elves have returned.

And they have sinister plans for humanity.