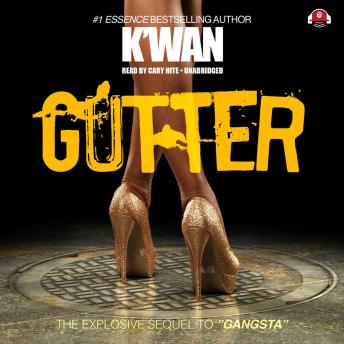 The explosive sequel to Gangsta hasfinally arrived!
Blood answers for blood on the streets of Harlem. It's beenmonths since Lou-loc was brutally murdered on his way to freedom and the painis still fresh. Gutter, Lou-loc's best friend, finds himself on a path to self-destruction,vowing to eradicate the entire Blood faction in New York City in the name ofhis fallen comrade. Sharell urges him to abandon the suicide mission, but hisoath won't allow it. Not even for the child they are expecting. But as Gutterslips further into madness, a shocking revelation brings Satin out. In themiddle of all this is a man named Major Blood. He has been flown in from Caliwith two very simple instructions. Shut down Harlem Crip, and execute ElDiablo's murderer. Walk back into the mouth of madness in this not-to-be-missed sequelto Gangsta.