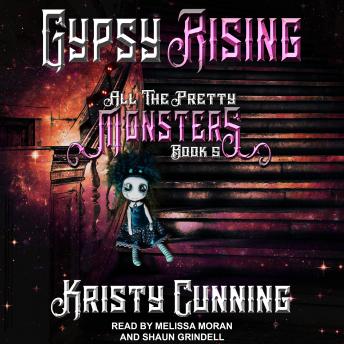 #5 of All The Pretty Monsters

That old song plays in my head, as the world turns around me faster than it has ever turned. Monsters and mayhem. That's become my life. Fear and apprehension. That's become the normal for those around me. Dread and distraction. That's what has interrupted my own personal romance story with my mon-star quad. Vengeance and retribution. That was the theme of the monster world long before I landed in it, and it's starting to heat up more than ever.

I guess it's time to see if I can handle being in the middle, because that's where I'm about to put myself. My mother always did accuse me of being a masochist. I'm starting to think she must be right.

Either they love me, or they love her. I suppose it's time to find out who wins. I don't fight pretty, and I'm not that great at smack talk. It's not that they're not worth fighting for. I just don't want to have to fight for them. Not when when I'm fighting bigger battles already. Either we're in this together, or I'm on my own. That's for them to decide on their own.