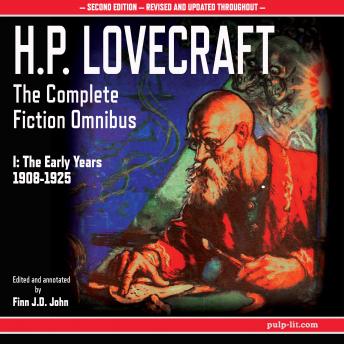 This volume covers H.P. Lovecraft’s “apprentice years”: roughly the first half of his literary career, the half written before his return to Providence in 1926. Every story written for publication under his own name is included in this volume, from 1917 through 1925.

Highlights of this volume include:


- The Tomb
- Dagon
- The Doom that Came to Sarnath
- The Temple
- The Picture in the House
- The Nameless City
- The Outsider
- The Other Gods
- The Music of Erich Zann
- Herbert West, Reanimator
- The Hound
- The Lurking Fear
- The Rats in the Walls
- The Shunned House
- The Festival
- The Horror at Red Hook
- In the Vault
- Supernatural Horror in Literature

This title is due for release on March 30, 2020
We'll send you an email as soon as it is available!