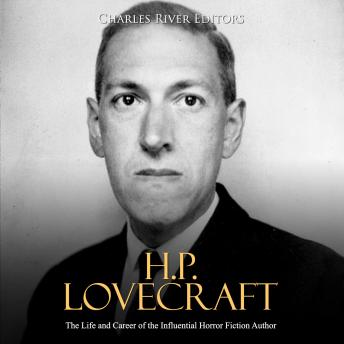 H.P. Lovecraft: The Life and Career of the Influential Horror Fiction Author

What would you get if you mixed Edgar Allan Poe, Alfred Hitchcock and Stephen King? The answer might be something resembling Howard Phillips Lovecraft, an extremely influential poet and author who mixed science fiction, horror and fantasy into a subgenre known as “weird fiction.” Perhaps nothing encapsulates weird fiction like his creation of the monster Cthulhu, which has been used by other writers to spawn a fictional universe and mythology centered around Cthulhu.

There is no greater accolade for a writer than for their name to become an adjective. For example, any story that deals with a dystopian future is likely to be called “Orwellian” following the success of the novel 1984 by English writer George Orwell. But within the horror genre, Lovecraft’s work, filled with madness and brooding menace and set in a semi-fictional world of his own creation, gave rise to the use of the term “Lovecraftian” to describe similar works. Despite this accolade, however, Lovecraft achieved almost no commercial success and very little recognition during his lifetime. His output also seems disproportionately small compared to his current influence - he never wrote a full-length novel, and most of his fiction took the form of short stories published in various magazines. It was only after his death that his fiction was regarded as more significant than the bulk of horror fiction written in the 1920s and 1930s.