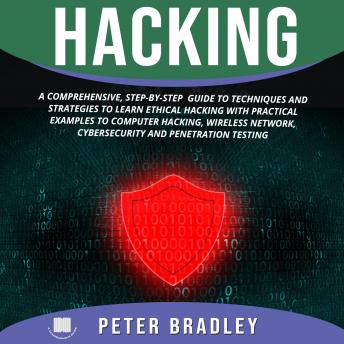 As we become more and more reliant on wireless networks to live and work, learning how to protect your system has become vital, if only to save yourself from the pain of identity theft, of all the problems caused by having your system hacked and your data stolen.
Thankfully, there is a solution and it lies in penetration testing. A form of ethical hacking, penetration testing is a skill that you should learn, especially wireless-penetration testing and this has become more important than ever as new ways are being discovered to break into WPA2-encrypted networks.
With Kali Linux, you have all the tools you need and in Hacking : A Comprehensive, Step-By-Step Guide to Techniques and Strategies to Learn Ethical Hacking With Practical Examples to Computer Hacking, Wireless Network, Cybersecurity and Penetration Testing, you will learn, with detailed step-by-step practical examples how to protect your network from being hacked.
In this book, you'll learn:
How to set up a wireless lab to test your systemWhat the KRACK attack isHow to sniff out hidden networks, wireless packets and SSIDsHow to capture WPA-2 keys and crack themHow to attack a radius authentication systemHow to sniff traffic on a wireless networkHow to use stolen keys to decrypt encrypted trafficWhat the Honeypot and Deauthentication attacks areWhat Man-In-The-Middle and DoS attacks areHow to secure your own wireless networkWhat are you waiting for? Buy Now to get started today to learn how to protect your system from the latest and most sophisticated attacks.