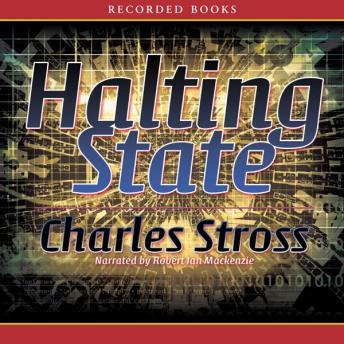 In a starred review, Publishers Weekly calls Hugo winner Charles Stross' novel Halting State a 'brilliantly conceived techno-crime thriller.' The year is 2012, and China, India, and the United States are waging an infowar for economic domination. With innocent gamers mere pawns in the hands of electronic intelligence agencies, programmer Jack Reed is tasked with ferreting out the plot of those who would gladly trade global turmoil for personal gain. 'The act of creation seems to come easily to Charles Stross . [He] is peerless at dreaming up devices that could conceivably exist in 6, 60, or 600 years.'-New York Times

This title is due for release on June 25, 2010
We'll send you an email as soon as it is available!