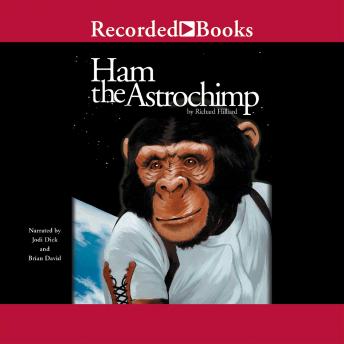 On January 31, 1961, a three-year-old chimpanzee named Ham made history. Strapped inside a Mercury capsule, the little chimp blasted off into the sky, becoming the first intelligent being to ride an American rocket into suborbital space. Ham made a vital contribution to the United States space program. Because there were so many unanswered questions about space travel, scientists could not risk sending humans on a journey into the unknown. Chimpanzees, however, are very similar to humans in the makeup of their skeletons and internal organs. That made them the perfect space pioneers. Ham forged the way into the outer reaches of space so that human astronauts could follow. In this informative and entertaining book, featuring bold and lively illustrations, Richard Hilliard celebrates the achievement of Ham, the astrochimp and space hero.