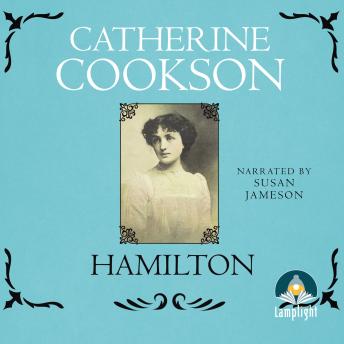 Maisie doesn't understand why her mother can't love her, but she knows that her life is hard and deeply unhappy. When her stepfather George, the only person she trusts, leaves, Maisie has no protector until she begins to escape.

She could never be quite sure when she first met up with Hamilton; most likely it was when she started talking to herself. But she didn't call him that then; that came much later when she was fourteen and Doctor Kane had to pay her a professional visit. “Let's use our horse sense,” he said, and at that precise moment what did Maisie see but a great horse galloping right over him and all the time looking at her, it's eyes full of knowledge and its lips drawn back as if in laughter. When Maisie saw the name Hamilton on the horse box, she adopted it for her new and secret companion. But if she could not talk to anyone about Hamilton, she could at least write about him.

And write she did, with results that would eventually broaden her horizons far beyond the confines of her native Tyneside. But Hamilton continued to live on in her mind and became the one to save her.