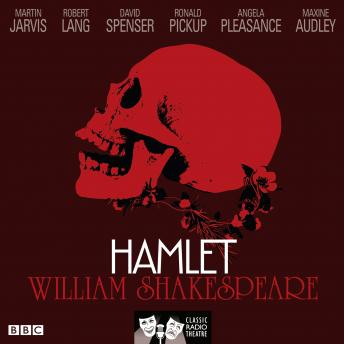 Written over four hundred years ago, ‘Hamlet’ still remains one of the most powerful, influential and thrilling tragedies in the English language. The story of Prince Hamlet and his quest for vengeance has been interpreted countless times on stage, film and television. With its riveting plot featuring murder and supernatural horror; and presenting possibly the most fascinating character in the history of drama, it never fails to enthral. This BBC archive production from 1971 was produced by the renowned John Tydeman and features a cast of highly-regarded actors, with music from the BBC Radiophonic Workshop.