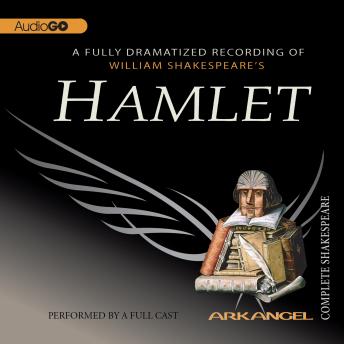 Shakespeare’s most famous play is one of the greatest stories in the literature of the world.

Distressed by his father’s death and his mother’s over-hasty remarriage, Hamlet, prince of Denmark is faced by a specter from beyond the grave bearing a grim message of murder and revenge. The young prince is driven to the edge of madness by his struggle to understand the situation he finds himself in and to do his duty. Many others, including Hamlet’s beloved, the innocent Ophelia, are swept up in his tragedy.

“Listening to Hamlet again, one is struck by how many of the play’s lines have become etched in our collective memory—from the Dane’s early soliloquies to his humorous exchange with the grave digger in the final act. It’s all here in this recording, of course, and the acting is largely excellent.”—AudioFile

This title is due for release on April 15, 2005
We'll send you an email as soon as it is available!